Explore poses for "Devastation" with a Line of Action:
Line of Action: Is a line that runs through your entire pose, from finger-tips all the way down to the toes. It captures the essence of your pose and it’s what you use to build your pose.
Now that we have explored some poses, let's jump into Maya and begin to pose:

**As a side note, making one single pose can sometimes take me 1-3 hours. Don't be afraid to spend the time and details necessary to make an amazing pose. Time invested in the beginning of your work-flow will pay off in the middle, end, and final steps of your shot** 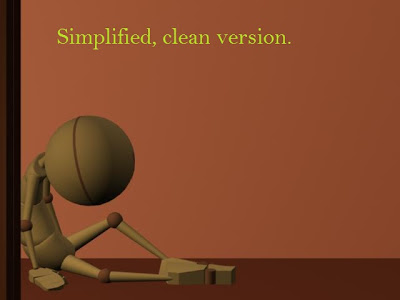 Let's see how the line of action helped me create this clear pose that demonstrates "devastation."
Now Let's see how Negative Space helped shape this pose. 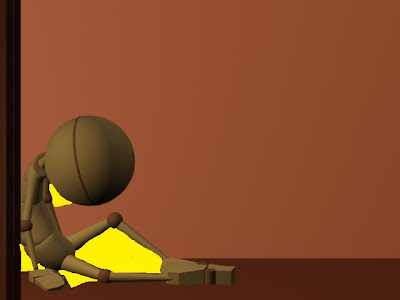 Variation in your Poses

Finding variations in your poses is a very hard thing to accomplish, but all you have to do is use your brain. Think of ways of making the same exact pose slightly different. Think about all the many ways we sit in a chair: in the principals office, during jury duty, at a wedding, at a funeral, in a boring class, in an exciting class, in a class where you have a crush on your teacher, ect..
It's always best to think of your character and ask what they are experiencing at the moment, where are they at the moment, who are they with, is someone watching them, ect.
Let's look at this example below where to woman are seated at a table with almost similar poses: 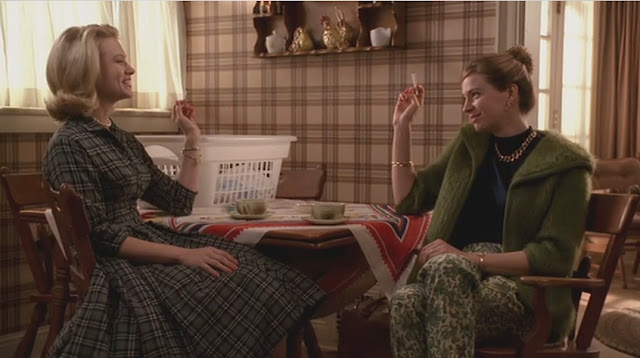 These two poses seem very similar, but there are difference. It's these small differences that reveal to us, the viewer, each woman's personality. 80-90% of all human communication is non-verbal! That means we are mostly communicating with our body or our POSES!
Notice the following things:
1. Woman on Screen Right has her legs crossed, this could mean I trust you but I am a bit guarded against you.
2. Woman on Screen Left has her fingers a bit more spread out, she feels more relaxed, this is probably her home, table and coffee.
3.Woman on Screen Left has a more upright back as well as her chin is up, revealing a higher status. She is the dominant character, she has better manners, she is probably more likely to be affected by what other think of her than the woman SR.
4. Woman SR has her head tilted down as she is being submissive, but her legs crossed shows she might be a  bit more submissive.
We are all body language experts, are brains can pick up even the most subtle gesture or facial expressions. Think of these elements critically in your poses and your characters will start to come to life before your eyes.
Hope this helps and keep pushing your poses, your observations, your mind and your animation will follow :)