Anticipation and Hips
It is SUPER important to track the arcs of your hips. Your hips will dictate how the rest of the upper body, head and arms react. Use your video reference to spot out the ups and downs, lefts and rights.

In this video example I show how there is almost always an ANTICIPATION in every single move you do. If you try to step Screen Left you must move your hips Screen Right in order for the weight of your torso to lift off of the Screen left foot so that it can lift itself up. If you don't do this when you lift you foot up your balance will be completely off and you will fall. Because when we stand our weight is balanced perfectly on both feet. STAND UP AND TRY THIS ON YOUR OWN.
(I learned this from Shawn Kelly's e-book from tips and tricks site: www.animationtipsandtricks.com)

KEY: All these anticipations are very small, and they all have nice little arc. (Well everything should have a nice arc, unless you are purposely dirtying up the arc) Be careful not to over do, unless you really want a build of energy or momentum. Of course with any rule, there are exceptions where you just want the arm to spring up. But it always feels soooo right when you have a tiny anticipation.

Footwork
Every time we do any move we are constantly throwing ourselves off balance and then recovering our balance.  When we do this, it's usually not a simple plant of the feet. They are usually doing all sorts of tiny adjustments and steps to regain the perfect balance. I KNOW it's hard to animate all these little steps, but it's absolutely ESSENTIAL! Don't fall into the common mistake of cementing the feet throughout your shot and your legs stretching like crazy to adjust to the hip moves.
Here is a video where I am doing a variety of moves, pay attention to all the little steps I have to take to regain my balance.


KEY: Don't be lazy and put in every single one of those footsteps you see in your video reference. Don't try to be slick and skip one or two, get them ALL:) 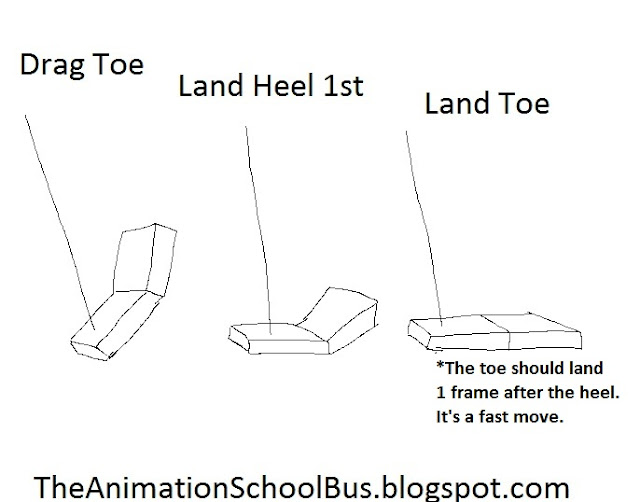 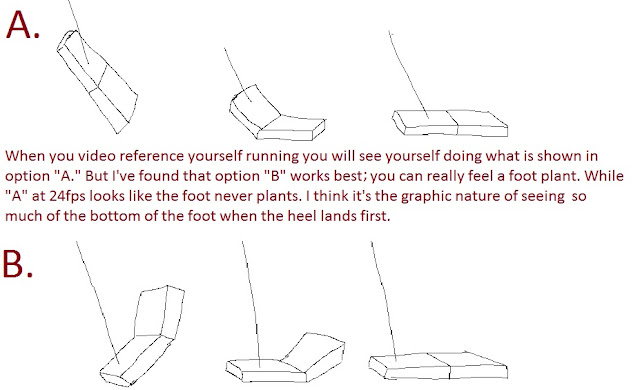 Side Note: Every rule can be broken, but you must fully understand these concepts before you can turn into a rebel animator. 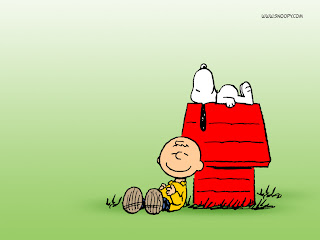 Animation is super hard so take the time to sit back and enjoy your accomplishments in this crazy  field we all love.
Posted by Kelly Perez at 11:58 PM No comments:

So here are a few simple Theater concepts I learned while sitting in on a Theater Directing class at Florida International University.

1. Western/American audiences will always look at the Left side of the stage or the Left side of the screen first.
When observing many audiences researchers found that the first thing the audience looks at is the Left of the stage and then scans over to the Right side of the stage. They are not quite sure why, but they believe it has to do with the way we are taught to read from Left to Right. In Asian cultures it is reversed be the audiences will scan Right to Left, based on their system of reading.
What does this mean for animation?
Well that you area almost certain your audience will always scan your shot from Left to Right, so if you have something important for them to see put on the Left side of the screen. If you want to hold something back and reveal second place it on the Right side of the screen.
Ex: We are in a room where a man is considering canceling his wedding. You might stage a wedding cake on a table on the Screen Left and the character over by Screen Right. When the audience scans from Left they will see the wedding cake, and instantly know there is a wedding about to happen, then they will see the groom looking terrified over on Screen Right. Just like that you've told the audience a lot of information just from one glance.


2.  Movement from Stage Left to Right will always appear easier and more fluid. While movement from stage Right to Left will always appear as more of a struggle/hardship.
This concept has to do with the same concept as mentioned above, where Western/American audiences are more comfortable viewing Left to Right movement as we do it all the time when we read and view the world. So it's a bit more effortless for our brains to process.
When a character walks Stage Right to Left it feels a bit more uncomfortable, almost as if a wind was blowing in the opposite direction they are walking.
What does this mean for animation?
You can use this simple idea if you have a character who is struggling to something. Or with a character that feels completely at ease and happy with himself.

Ex: The groom is struggling with the idea of calling off his wedding. You might have him walk from Screen Right to Screen Left and have him place his wedding ring on the table (with the wedding cake) as if to say "I can't go through with it, I'm leaving."  You will be communicating to the audience in a very subconscious level.


Ex: Jane Westmont is excited to have been promoted to head of Animation, so you set up your shot where she walks out of her supervisors office on the Screen Left and walks high as a kite on cloud 9 going towards Screen Right.


You can apply this concept to many, many things. Enjoy it, it's a fun one :)


3. Status Swapping occurs all the time in theater and it's usually very graphic as the maid is cleaning the floors while the lady of the house is combing her hair upstairs.


What does this mean for animation?
This is a very powerful tool that can be used in many ways in your animation. Status swapping is very crucial in storytelling as we always want the underdog to be victorious in the end. It's always interesting to watch character evolve and go from the house maid to the lady of the house through hard work and dedication. Audiences are always looking for that change in character!

Ex: A brother and sister are fighting in a room and the sister is curled up into a ball in the Screen Right Corner while the older/bully brother is looming over her. This tells us he has the higher status/the power, while the sister has the lower status. (Notice how the sister has to move Screen Right to screen Left, stand up and overcome her fears of her brother. It's a harder journey for her so going SR to  SL will appear to be more of a struggle to the audience) (On the opposite end the brother is bigger and he is going SL to SR with more ease because he has the power/status.)


Notice in this video how the character are staged so that the male character is on the top of the screen, always taller and higher than the female. Until they swap status and then she dominates the top of the frame as she gains the higher status.


4. Small sticks of dynamite exploding  one by one until the big nuclear bomb explosion. This is a simple way of thinking of your scene as building up to it's final climax.
You can apply this concept in any scene or story. The main idea is that everything builds up little by little until the final climax.

Ex: A river is overflowing and the northern most bank has broken (explosion1)and a second river is now flooding into the main river. This happens 2 more times (explosion 2 and 3) until the main river is flooded and rapids are beginning to form from all the power of the excess water. All this extra water is creating enormous amounts of pressure on the Countries biggest dam. The pressure builds until it can't hold anymore and the entire dam explodes (Climax) and massive amounts of water and rubble shoot through the air creating a complete catastrophe.

Ex:  The groom is trying to cancel his wedding and he put his wedding ring down on the table (explosion1) , but then picks it up. He then  looks in the mirror and sees it on his ring finger and is terrified (explosion 2). His shock is so great he grabs the ring and throws it at the mirror (Climax) and sharp reflective pieces of glass go flying through the air as the ring falls and hits the ground with the broken glass.

I hope these concepts have been helpful. There are hundreds more to learn and discuss out there. But, I can't recommend enough that you go and watch live theater. All forms of entertainment (theater, animation, dance, ect) all have many overlapping concepts. It's always beneficial to observe and take in as much as you can from every single form of entertainment.


So go out and branch outside of animation, and you will learn more than you can ever imagine!
Posted by Kelly Perez at 11:50 PM No comments: